French Numbers 1-100: Learn how to count in French with this easy guide 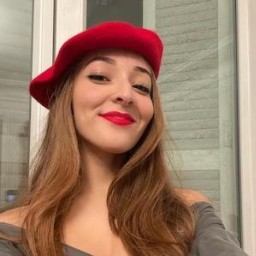 Counting is a necessary skill in any language. Recognizing the numbers in French is important for discussing the time, dates, money, and of course making purchases.  Let’s start with the basics by learning how to count in French from one to one hundred.

The first thing to know about the numbers in French, is that the order of the digits is exactly the same in English and French. It’s just the names for each that are different. Though in fact a couple of the numbers are almost exactly the same, just pronounced a bit differently!

In this post we’ll teach you how to count in French, introducing each of the French numbers from 1-100. We’ll work in tens, showing how the vocab builds on itself. Once you know how to count to 10 in French, for example, you can use these digits to create ever bigger numbers. When writing compound numbers, you just string them all together using dashes.

Now let’s dive in and start counting in French!

How do I count to ten in French?

Let’s start off memorizing these ones. Once you can count to ten in French, you’ll be able to use these words for creating all the bigger French numbers. So let’s go: Zéro, un, deux, trois, quatre, cinq, six, sept, huit, neuf, dix.

Note the French word for zero is the same as in English, just with an accent added. You may also have noticed that the number six is written identically in both languages!

If you’ve learned all the French numbers 1-20 you’re in good shape, because you’ll only need to learn four new words to be able to count in French up to the number 70!

For instance, the number twenty in French is vingt, so to make the number twenty-five we just combine the words for twenty and five in French: vingt-cinq. There’s just one quirky exception. See if you can notice it:

Did you notice the number in the twenties that followed a different pattern from the rest? That’s right: twenty-one or vingt-et-un, written literally as twenty and one. This rule applies to all the numbers up sixty-one that end in one. For example:

So what are the numbers for forty, fifty, and sixty in French?

Learn these numbers and you can count all the way to 69 by combining them with the French numbers 1-9.

Can you figure out how to say these numbers in French?

Remember, we just combine these French numbers above with one of the numbers from the first section where we learned how to count to ten in French:

If you would prefer to see all the numbers from 30-69, they are listed in the tables below. Just remember you don’t have to memorize them all in order to count in French, as long as you remember the words for 30, 40, 50, 60, and the numbers 1-9. As we saw in the last section, this same rule applies to French numbers from 20-29.

As you can see, counting in French becomes quite repetitive, since the numbers in French all follow the same format so far.

They sure do! Simply switch the French word for fifty in place of forty to say the next set of numbers.

Counting in French stays the same through the numbers in the sixties. However, when we get to seventy, the names we use for the number become a little tricky. Note the number seventy in the table.

How are the French numbers 71-80 written?

The number for seventy is written in French as “sixty-ten.” In a way this is convenient, since you don’t need to learn a new number word for seventy. On the other hand, it does complicate the way we say the French numbers in the seventies. But don’t worry, you already learned everything you need to do this when you learned the French numbers 11-20.

How are the French numbers 81-90 written?

Did you notice that the word for eighty in French is also a combination of two other French number words: four-twenties. Of course, if you do the math, twenty times four equals eighty.

As of eighty, we revert back to our usual pattern of adding the numbers 1-9 to say the French numbers in the eighties.

Notice that even though the number 80 is written in plural as quatre-vingts, the letter s is no longer added for numbers 81-90.

Are the numbers 91-100 really complicated?

These French numbers aren’t that complicated when you understand how they are made up. Nonetheless, they still may seem a bit long to English speakers, especially the double-compound numbers 97-99. Luckily, the number for a hundred is an easy one!

French numbers around the world

Is what we’ve just seen all you need to know about how to count to 100 in French? Yes it is, if you are speaking French in France, in one of France’s overseas territories, one of France’s former colonies in West Africa, or even in Canada.

The French-speaking world, or la Francophonie, is quite vast though. Two Francophone countries in Europe, Belgium and Switzerland, actually have their own number words for 70, 80, and 90. The Democratic Republic of Congo in Central Africa also uses these French numbers.

These numbers in French function the same way as we saw for the numbers 20-60: you just need to add one of the numbers 1-9.

So if you’re paying for your café in Belgium for €1,90, it may be slightly confusing when you’re charged “un Euro nonante” instead of “un Euro quatre-vingts-dix.” But don’t worry, you’ll still get the correct change!

In this post we’ve given a thorough explanation on how to count in French, introducing all the French numbers 1-100. In fact, since we started with zéro, you should now be comfortable with over one hundred numbers in French!

Fortunately the French numbers 1-100 all follow a straightforward pattern from these basics, so with a bit of practice you’ll soon confidently know how to count in French. Bravo!